Employment for People with Intellectual Disabilities 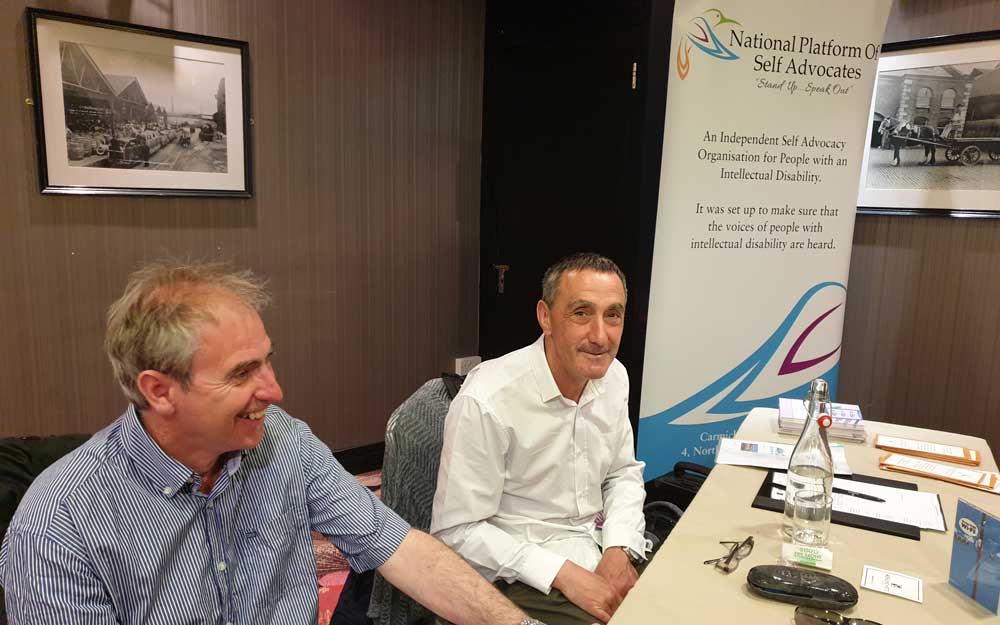 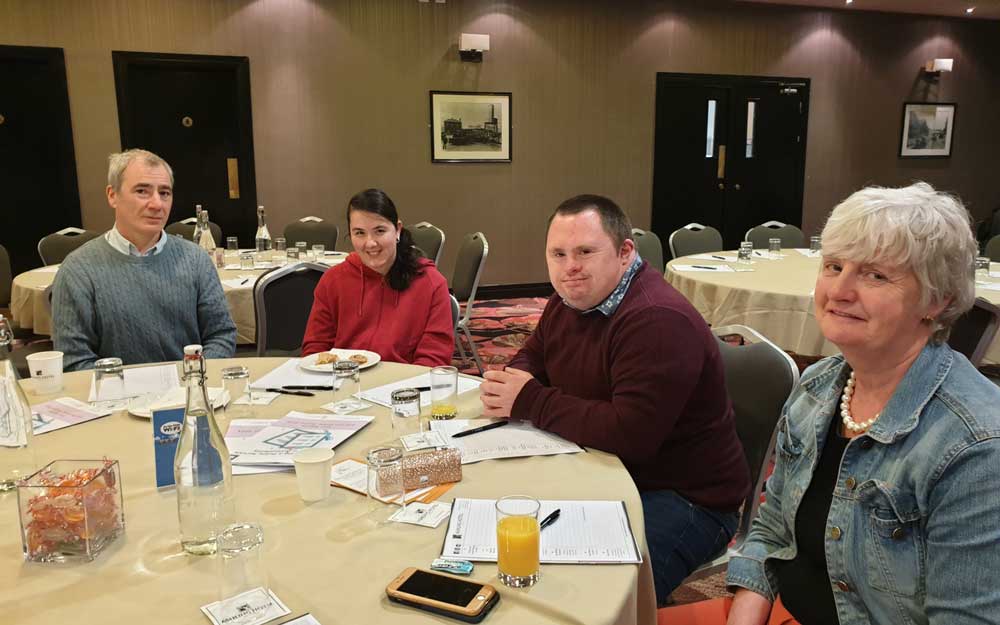 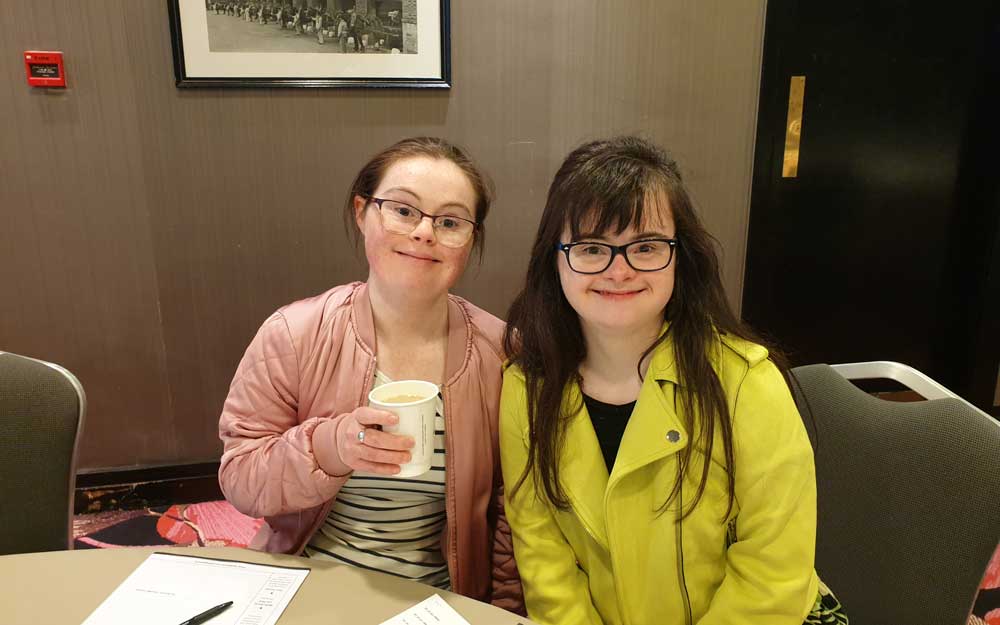 Megan and Niamh from Drogheda

The National Platform of Self Advocates held a national meeting of its members on the 11th July 2019.

The focus of this meeting was Employment for People with Intellectual Disabilities.

The meeting was attended by Minister Finian McGrath who is particularly interested in hearing what people with intellectual disabilities have to say.

Brian Hayes opened the meeting. Brian explained that the goal of the National Platform of Self Advocates is to improve the lives of people with disabilities. He outlined our achievements for the past year, including his being appointed to the Irish Human Rights and Equality Commission’s (IHREC’s) Disability Advisory Committee to monitor the CRPD. 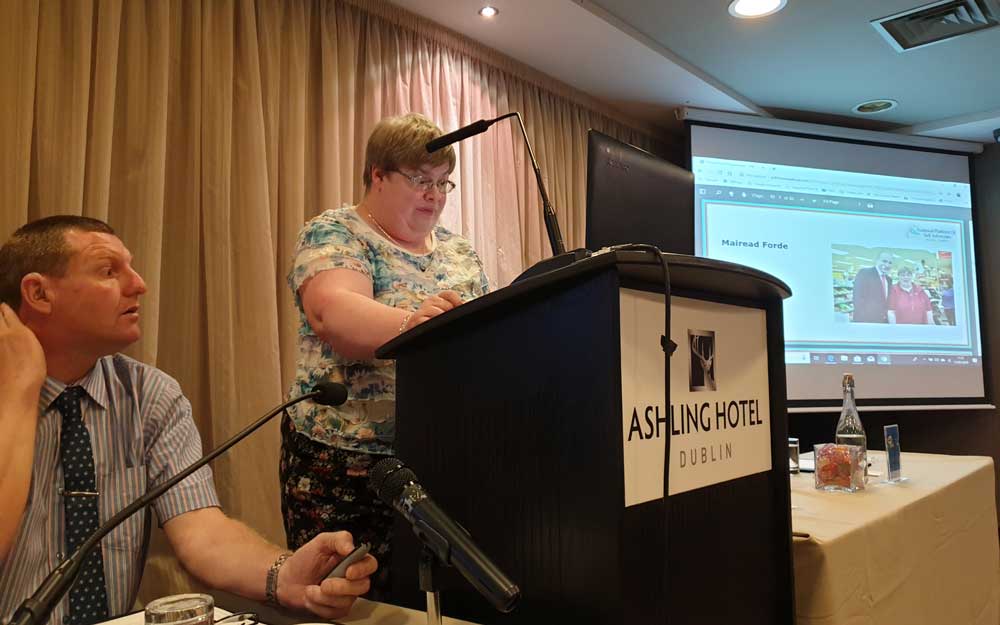 Mairead talked about some of the barriers she faces, such as relying on family for lifts when there is no rural transport, not being trusted with more responsibility, not being given enough hours. Mairead loves working. She has a son and would be lost without her job. She wishes conditions could be better and hopes to move so she can get a better job in the future. 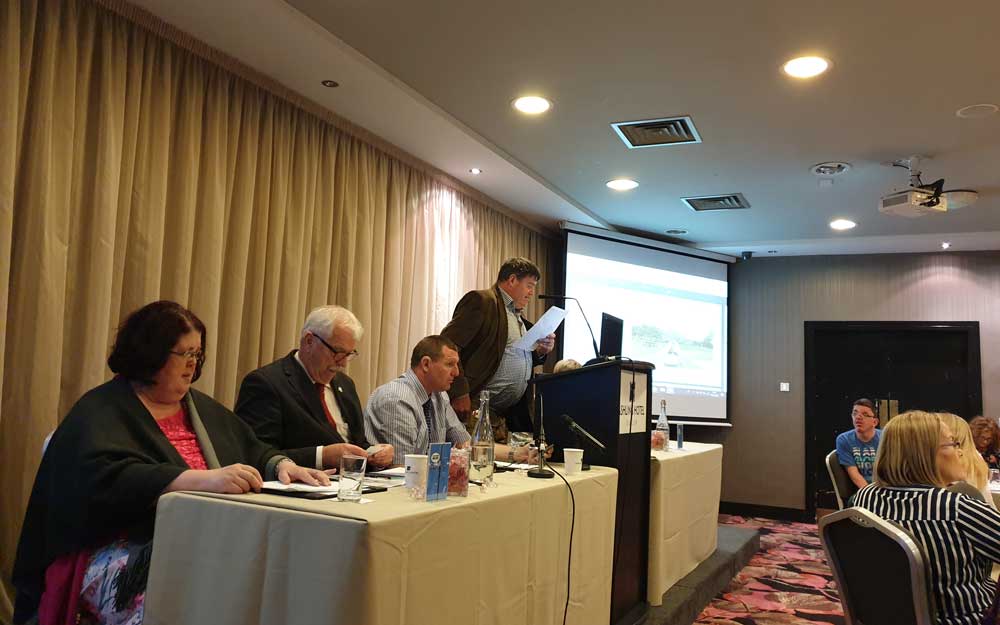 Joe McGrath has worked for Irish Seedsavers in Scarrif in Co. Clare for the last 18 years. He has no barriers. He walks to work and gets paid above the minimum wage. Joe lives independently, rents his local authority house and lives his life without any financial assistance. Work gives his life meaning and allows him to afford ordinary things in life like concerts & holidays. 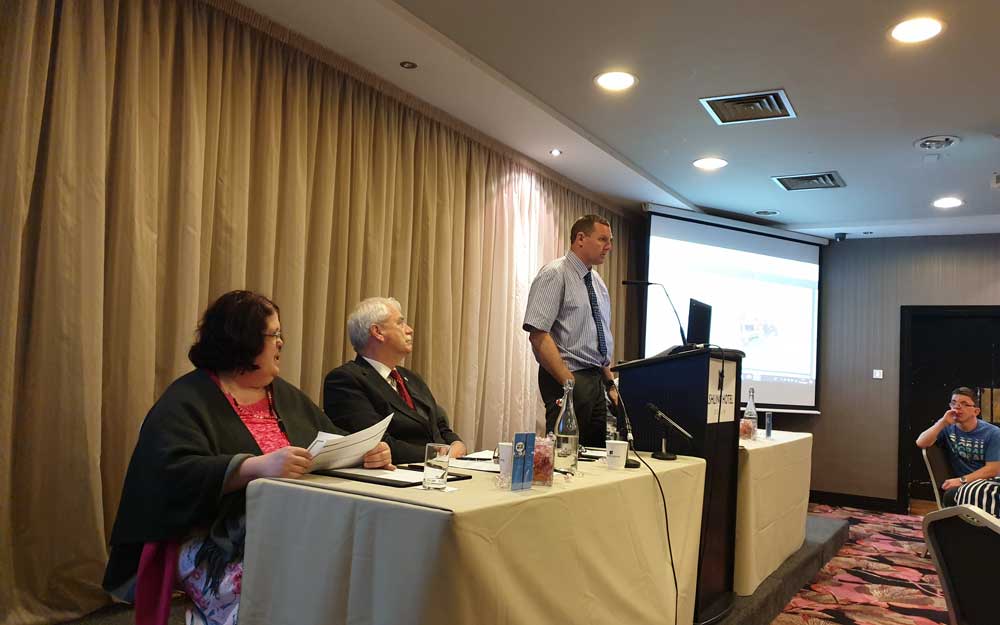 Brian Hayes spoke about his work in Kilkenny County Council. He works 3 days a week with the council and volunteers the rest of his time as Chair of the National Platform of Self-Advocates. He talked about previously being unemployed and depression, & how important a meaningful job is to self-esteem & mental health. 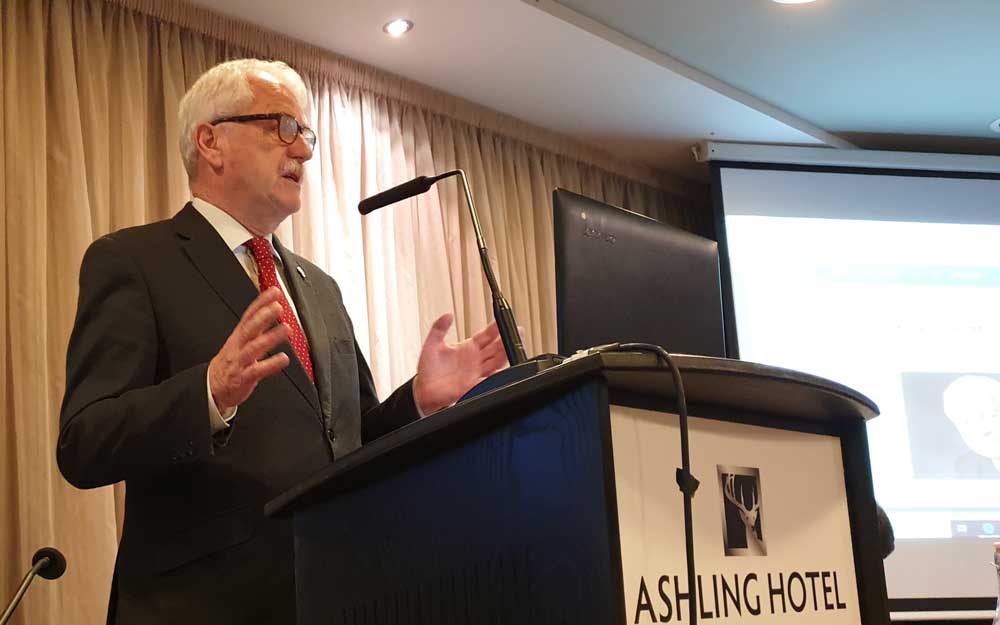 Minister Finian McGrath spoke about the different ways that the National Platform has influenced his thinking and impacted on policy & reform over the past few years. He acknowledged the contribution that the Platform makes in informing his office of issues affecting people with intellectual disabilities. 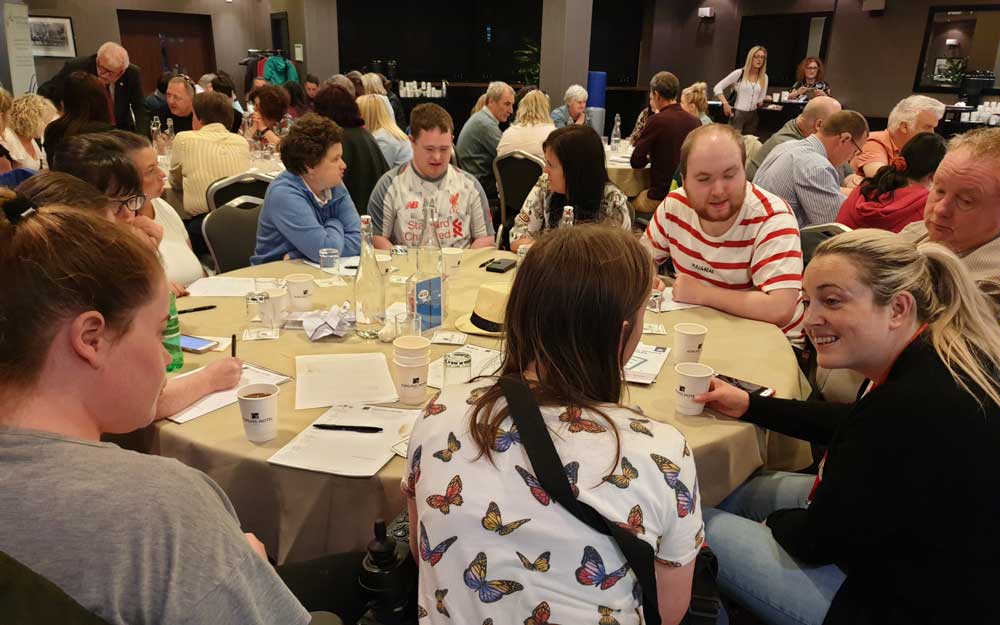 Working groups then followed the speeches. Self-advocates spoke about the barriers they face & supports needed to find and stay in paid work. This will feed in to our ongoing research project on employment.

Senator Kieran O’Donnell closed the meeting praising the on-going work of the National Platform of Self Advocates and talking about the valuable qualities that people with intellectual disabilities bring to their communities and workplaces. 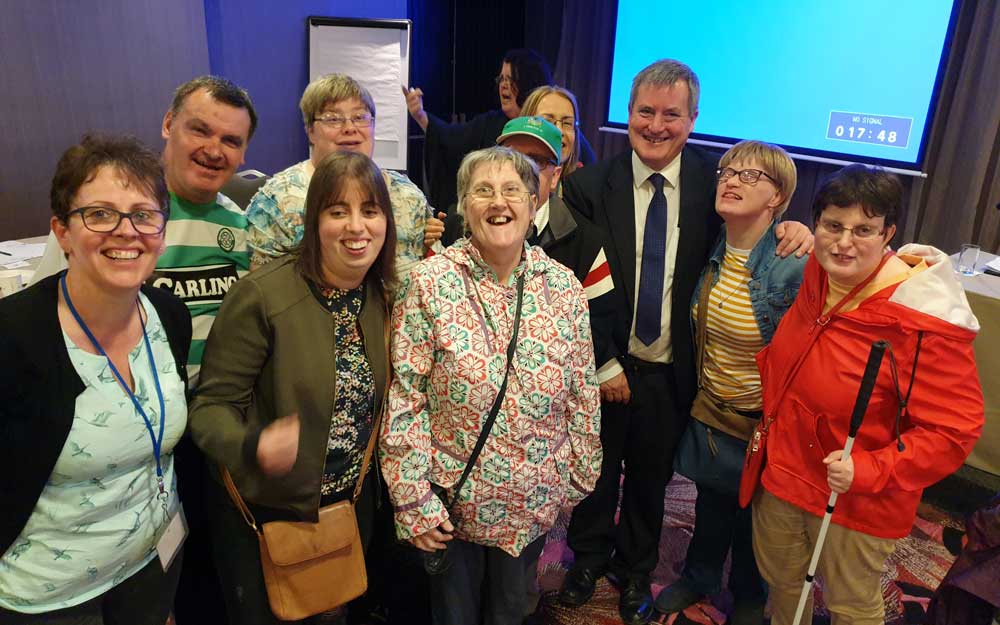 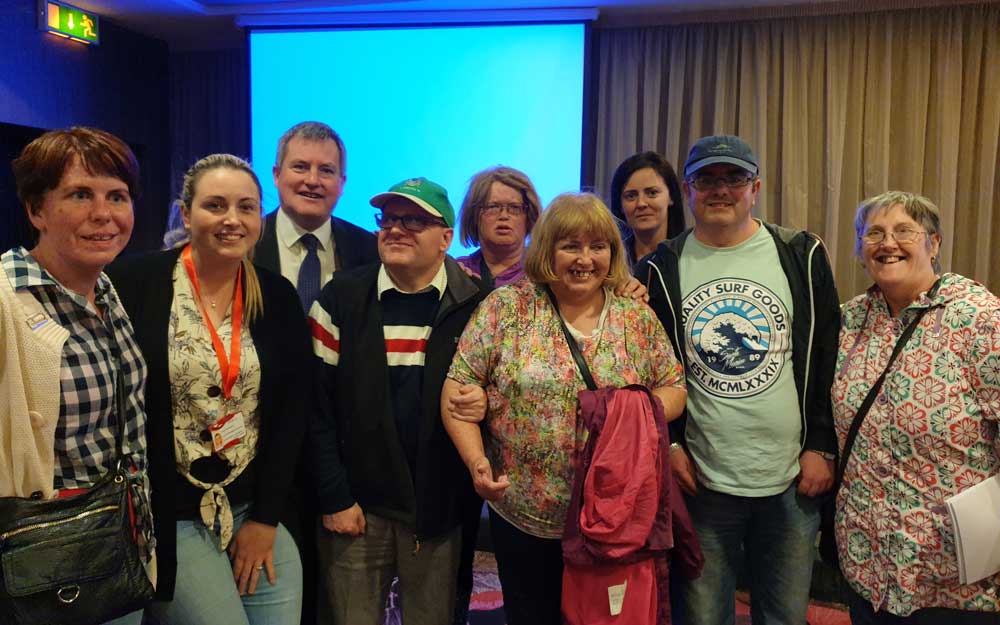 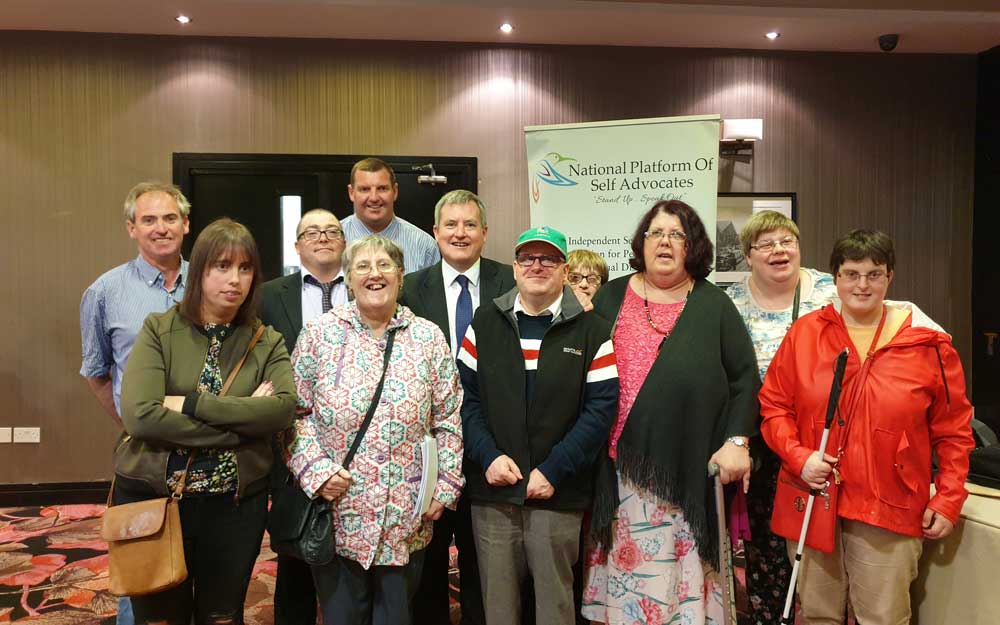 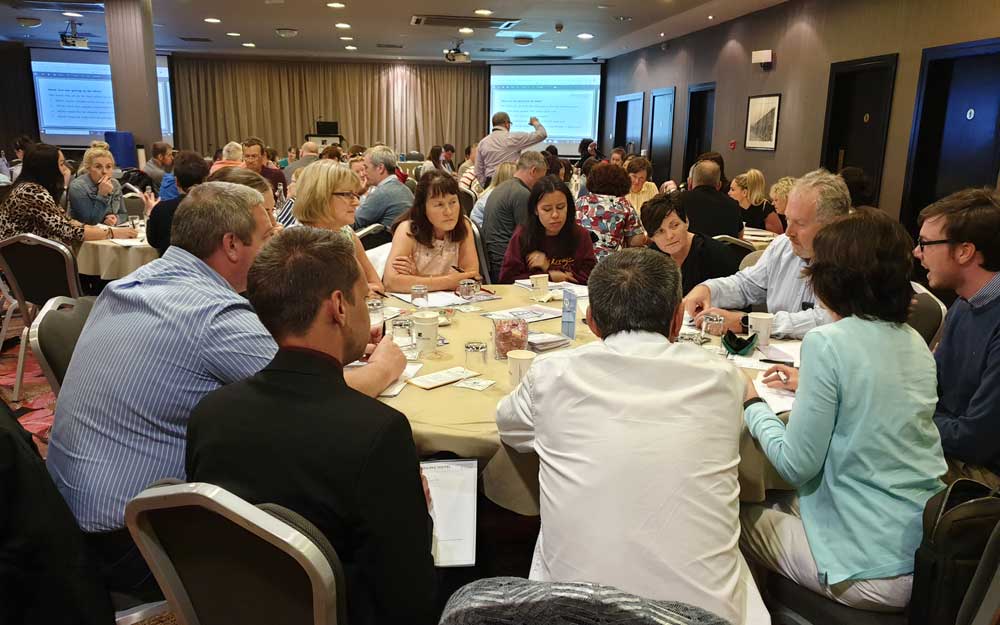 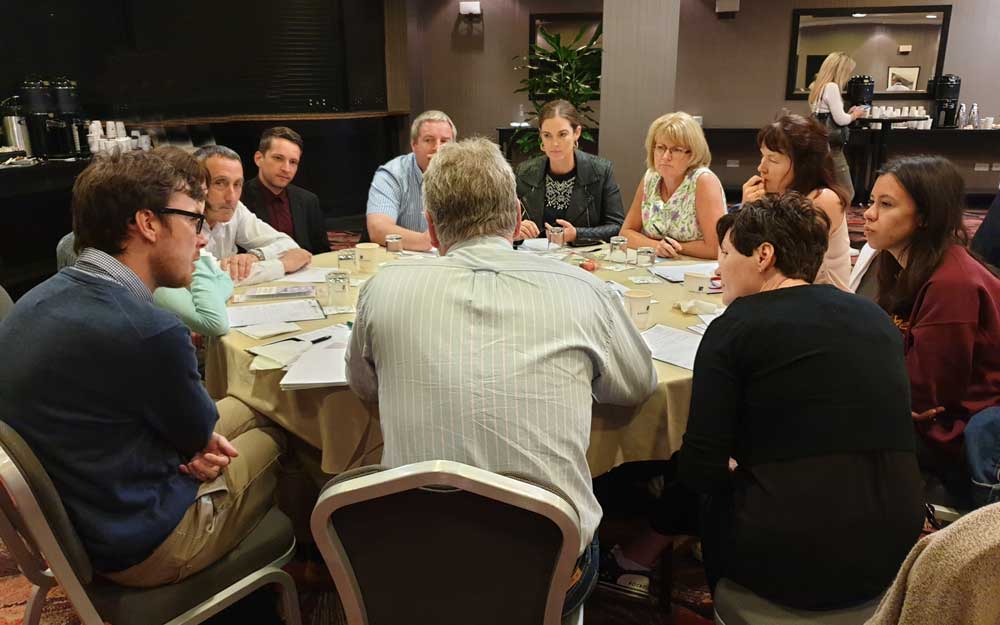 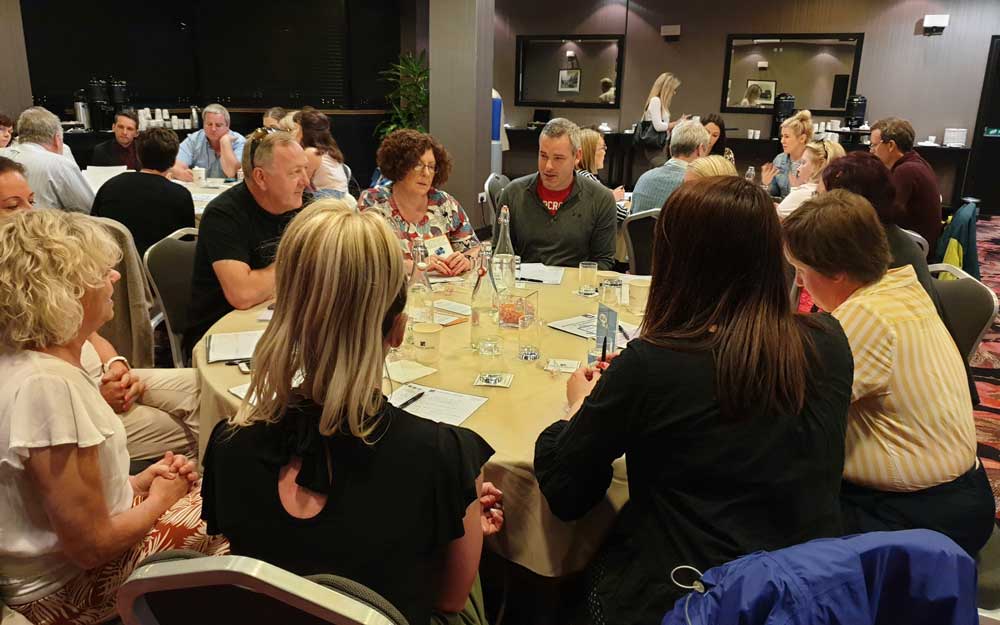 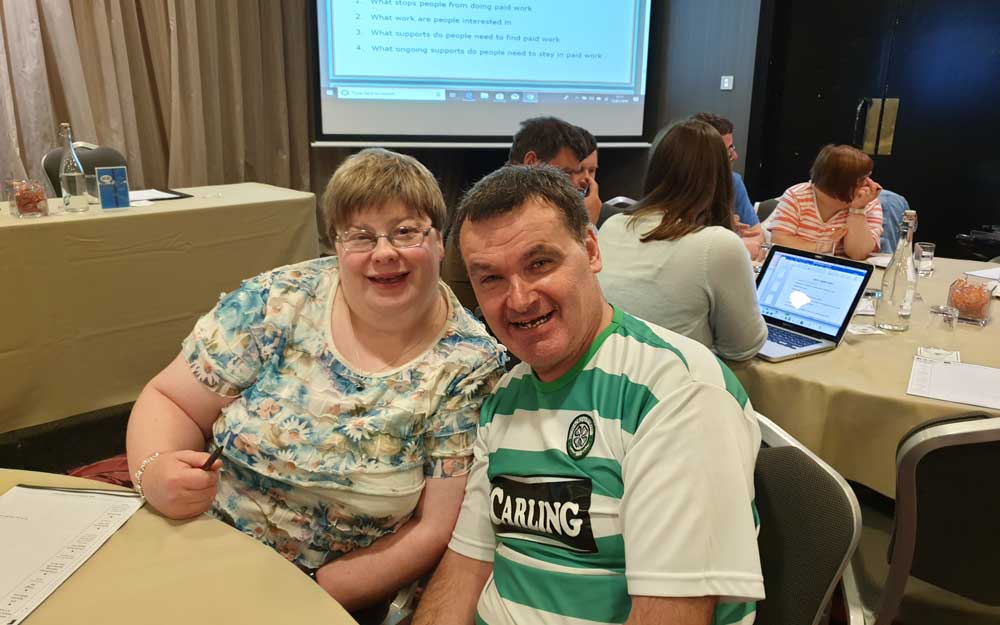 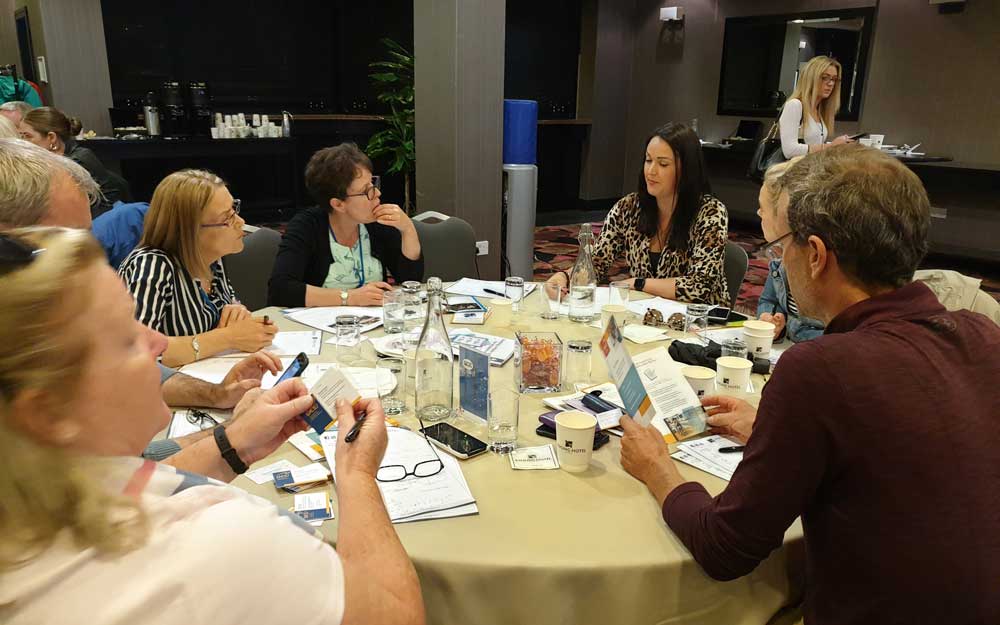 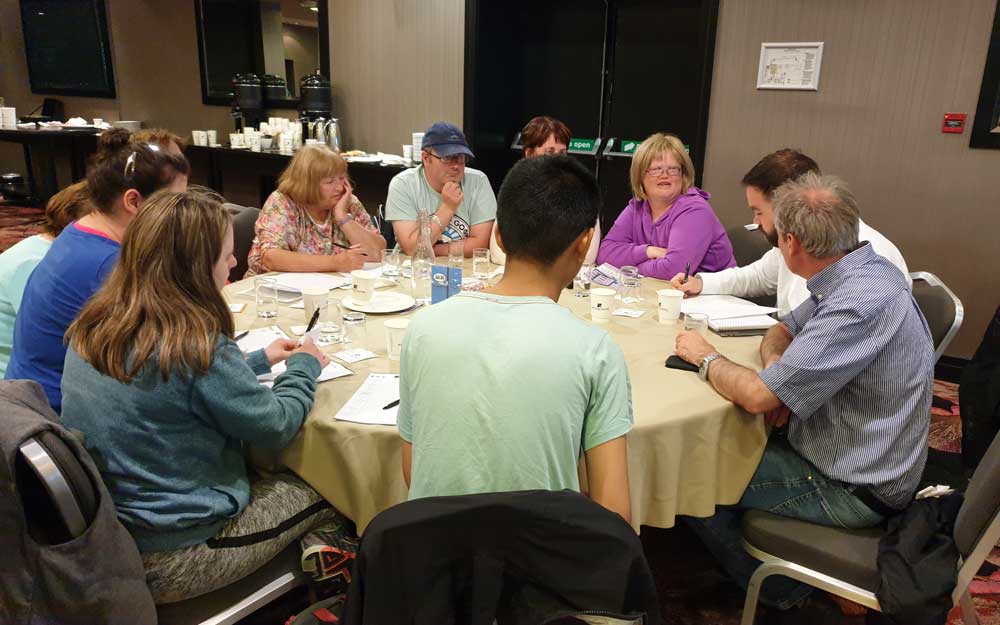 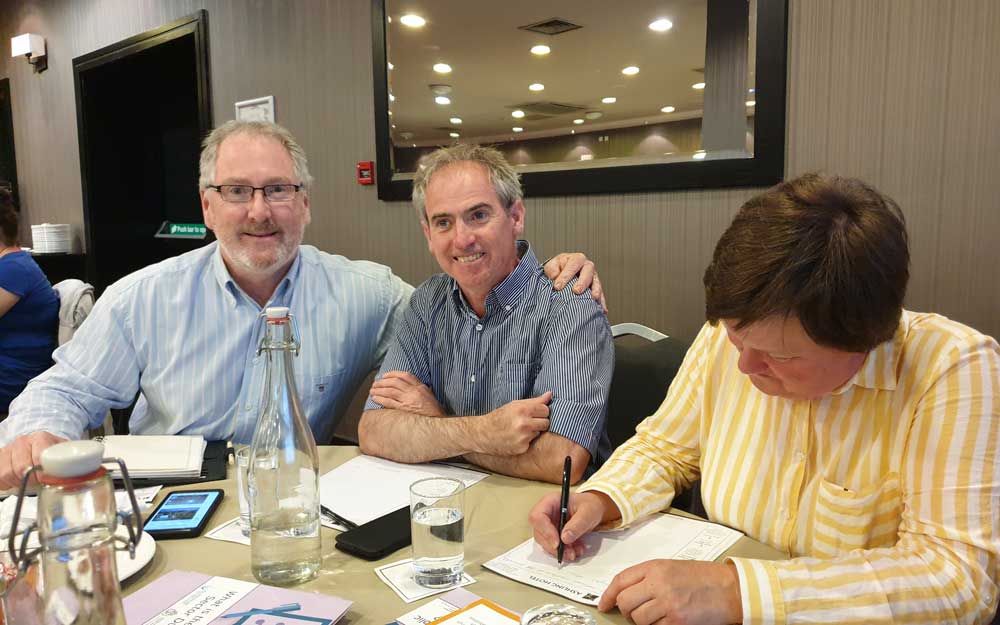 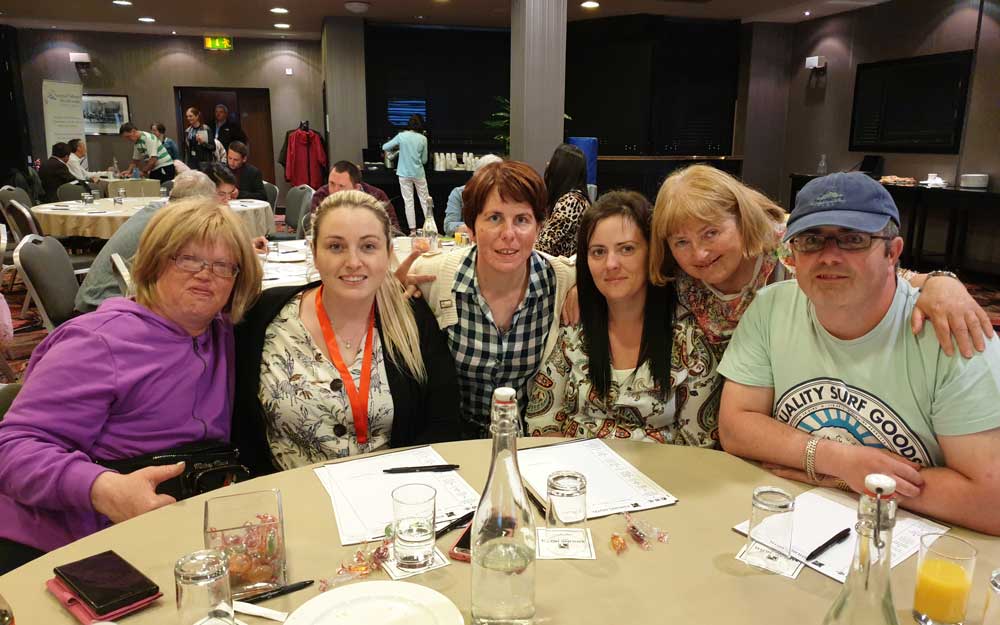