Brian Hayes, Chairperson of the National Platform of Self Advocates attended the Inclusion International World Congress which took place in Birmingham recently. Over 1,000 people from 71 countries attended, including family members and world leaders in disability and development.

Brian Hayes says ‘Every child should go to school no matter what their disability is. Teachers should be taught in college how to teach children with an intellectual disability. This is so they can understand and help to develop the child.’

‘I was never excluded when I was a child. My brother started up a football team made up of children from our street. He only saw me as a person who could play with all the others. I was automatically included as a friend.’ he says. ‘When I look around this big room I don’t see a single person with a disability; I only see ability wherever I look.’

Maureen Piggott, former President of Inclusive Europe and Treasurer of the European Disability Forum was one of the speakers at the event. She says ‘Institutions only see the disability. They don’t see the ability in the person with an intellectual disability. In an inclusive society everyone is treated with respect; has the same choices, and feels welcome.

Some of the issues discussed at the Conference included: Lack of family support services; The right to inclusive education, and bringing an end to institutionalised housing.

The National Platform of Self Advocates in Ireland currently has 300 members nationwide. An interview with Brian Hayes and Ms. Piggott with The Journal.ie can be seen via this link:
http://www.thejournal.ie/readme/inclusion-ireland-4080829-Jun2018/

Sarah Jane Lavin, David Fraughen and Christina Burke from the National Platform of Self Advocates also attended the Congress. 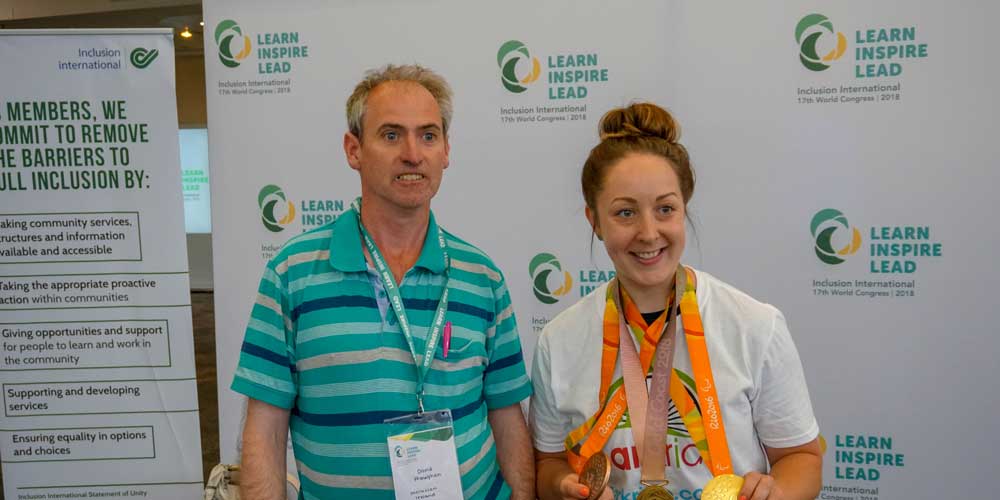